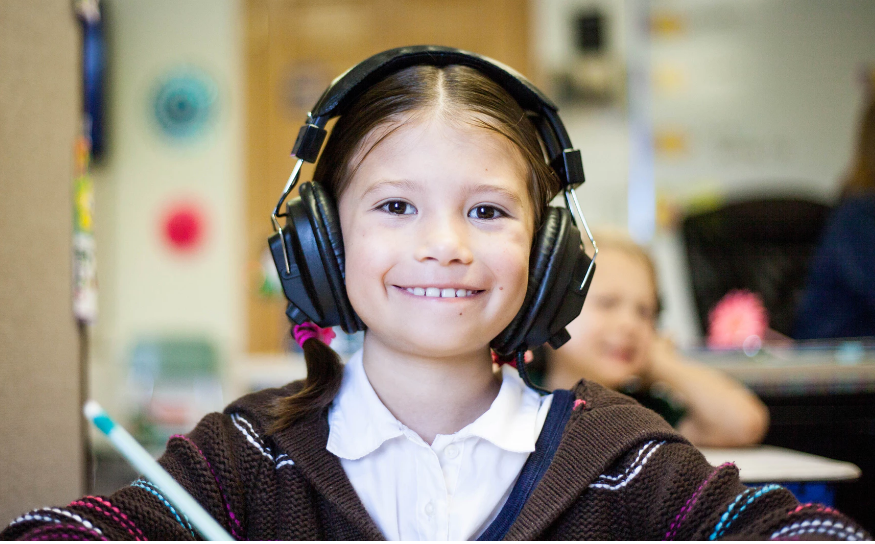 I am not fluent in Chinese, but wish I was. This was not always the case. As a first generation Chinese American, my parents spoke to my siblings and me in English so that we would learn the language of the country we lived in. We quickly became fluent, and my parents hoped we would also then master Chinese.

In second grade, I entered Chinese School. It was the start of a torturous weekly ritual that I came to resent up until I graduated from high school.

The Struggle
Chinese School took place every Saturday. Located 45 minutes away, we left early in the morning to attend the four hour class and then arrived home in the afternoon. It was a long day, and as a child I recalled missing the Saturday morning cartoons that the kids in my American school talked about.

Though my parents were fluent in Cantonese, the dialect taught in Chinese School was Mandarin – the official dialect of China. Cantonese and Mandarin are not similar. It’s like American English versus the heavy Irish English accent that Americans can’t understand. Going to Chinese School meant learning Mandarin from scratch.

The school loosely placed students in classes based on age, not level. Since I was already in second grade, I didn’t start off in the beginner class. I was several levels up, and there were students in my class who were already fluent in Mandarin. That’s right, they had mastered speaking the language, but because of their age and perhaps they didn’t know how to write Chinese, they were placed in the same class as me. With so many students already conversational in Chinese, I was the “dumbest” person in class.

Feeling lost and “dumb” was something I was not use to. In my American School, I was a top student and teachers praised my intellect. To go from a high point during the week to the lowest status on the weekend wrecked havoc on my self-esteem. As a result I resented being forced to learn the language.

I struggled to memorize lessons that were not built on one another – they were straight memorization drills. Taught by volunteer parents, they tried, but without the cumulative effect of one lesson connected to the other, the comprehension never sank in.

I floundered each week, face flushed in embarrassment whenever the teacher called upon me and I didn’t understand what she had asked or I had provided an incorrect answer. The fluent kids had no problems speaking perfect Chinese with the perfect accent, and each time they spoke it highlighted to me how dumb I was in comparison. I dreaded the end of the week which meant the return to Chinese School.

Though it was clear I did not have a handle on the lessons, each year the school promoted me to the next level because that’s what all the kids did. The lessons became harder, and without a strong foundation, the struggles compounded.

The Speech Competition
An annual event was the Chinese Schoolspeech competition. Three students from each class needed to write, memorize and recite a story in Chinese in front of the school. In the early years I could easily avoid the event as there were plenty of students in class. But as the grade levels progressed, each class became smaller with fewer enrollments. By the time I was in middle school and high school there were maybe only 5 or 6 students.

One year, several students of our small class were unable to participate in the speech competition. The teacher had no choice but to choose me as the third candidate to represent the class in the contest. My parents wrote the story (otherwise there was no way I’d know how to create one), and I tried to memorize it. It was several minutes long, and I worked really hard to drill memorize these words that held no meaning to me. Though I practiced over and over again, I just could not retain the entire speech. I knew I was in trouble.

The day of the competition, the entire school filled the gymnasium. The lone microphone stood front and center. Public speaking in English was hard enough, let alone performing a speech where I had no comprehension of what I was saying. With sweaty palms and heart pounding, I approached the microphone.

I had the first few paragraphs of the speech memorized well. But the rest of it was a mixed up jumble of gibberish. I tripped over words, repeating phrases over and over in hopes that the rest of the speech would magically flow through my mouth. I felt hot and sweaty as I stopped, started again, stopped…and saw eyes of pity and embarrassment looking back at me. A low hum of conversation from the audience filled the gymnasium. After all, it gets pretty boring to watch someone stumble and drag out a speech, so it’s no wonder the audience wasn’t paying attention anymore.

I had to put myself out of my misery and ended the torture by skipping to the last line of the story. I’m sure the judges and audience had no idea what my story was about. I left traumatized and wanted to cry, but couldn’t since I had to return to sit with my class. I was positive my teacher and parents were embarrassed, just like I was, and felt badly I had let everyone down including myself.

A New Beginning
I did not really start embracing my Chinese heritage until college, a time and place when many students find themselves. I began to seek more about my background, including learning the elusive language that for so many years caused me stress.

Intent on tackling my fears head on, I enrolled in Beginner Chinese. Fortunately, from the many years of Chinese School, I had picked up the basics like how to pronounce letters, count numbers, and so forth. In this beginner college class there were non-Chinese students with absolutely no previous Chinese language background, there were a few like me who knew some basics, and then there were others who were fluent. In fact, in my class was one of the fluent girls who had attended my childhood Chinese School. And now here she was in Beginner Chinese class – I guess she must have seen it as an easy “A” grade.

This class was life changing. Because the lessons built upon each other (proving there could be a methodology to the madness) I actually learned Chinese. In one semester I learned more than the many years of my childhood Chinese School. I studied hard and passed with good grades. I ended up taking two years of Chinese in college, and the experience redeemed my earlier experiences as a child.

Enrolling My Daughter in Chinese School 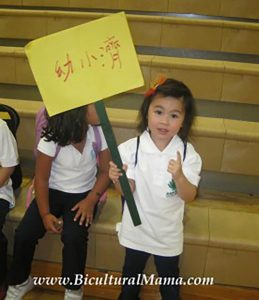 Chinese School Torture and Hopes for My Daughter

As a bicultural family, it’s important for me to have my daughter learn about her non-dominant heritage. I say non-dominant because she is not exposed to other Chinese people, language and culture on a regular basis where we live.

Though I did not experience a positive association with Chinese School, I put my fears and hesitations aside to ensure that my daughter would learn Chinese. Studies consistently show that younger children are better able to absorb languages than older children, so I wanted to start her off early.

I made sure I spoke with other parents in the school to understand the curriculum. I learned the school was very structured with lessons that built upon one another in a logical manner. I took the leap and enrolled her into preschool.

Every Sunday, we leave early in the morning. Class lasts four hours, and we return in the afternoon. It is a big commitment to dedicate half of Sunday to Chinese School, waiting around for classes to end and then helping with homework each week.

Now I understand the dedication, sacrifice and commitment of my parents who went through the same process for many years with me and my siblings. Like me, they wanted to retain a piece of their culture within their children and were willing to do what it took to give them the opportunity to learn the language.

So far my daughter enjoys her classes. Lessons are reinforced not only through workbooks, but through online lessons and voice recordings. The program is comprehensive and ensures learning both visually and auditorily.

I have high hopes my daughter may learn more Chinese than I did during my childhood. If anything, I just want her to be exposed to her culture, embrace it and learn as much as she can. We’re on track.

This article was originally posted on www.biculturalmama.com on May 28, 2014.

Maria Adcock is a Chinese American writer and creator of the blog biculturalmama.com which covers a wide range of topics including universal ones that cross cultural boundaries. Her professional experience includes over 15 years of professional experience in brand management, consumer marketing, direct marketing, sales, online/email marketing, research, and writing. Maria is very accomplished with publishing experience ranging from Entertainment Weekly, InStyle, Southern Living, and has written for several regional and national publications and websites.